Following Mimi’s tragic death, her brother, Rory vowed to set up a charity in her name, giving young people business advice and support.

Good Story trustees wanted to bring the charity to life at a three-day Festival of Creativity to inspire creative people aged 18 to 30 to set up in business and: 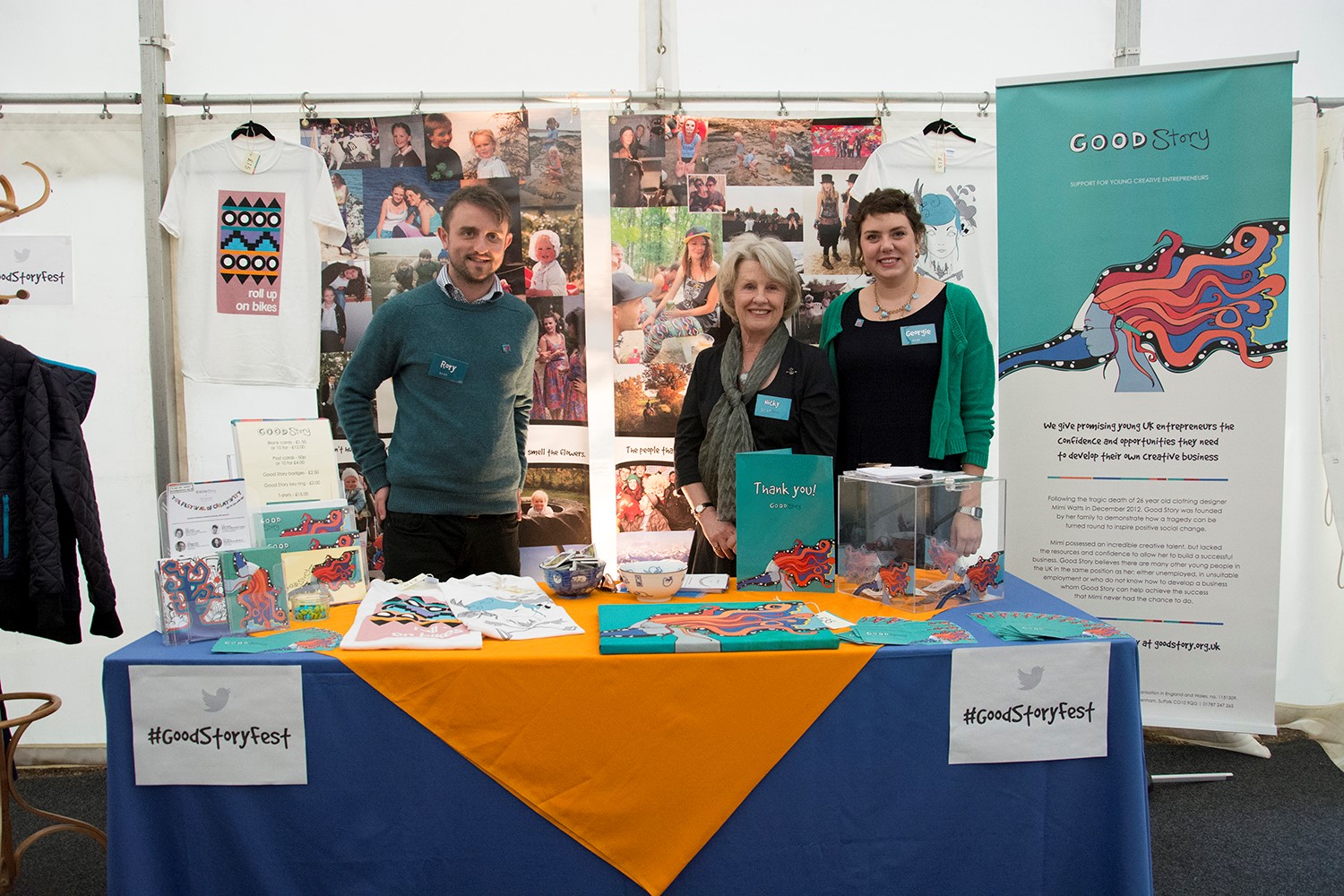 The creative industries contribute £71.4 billion to the economy and this research helped to reach key influencers including Dragons Den’s Kelly Hoppen MBE when our team boosted interaction on Twitter.

Developing a PR and Event Plan, we raised the event’s profile through:

The event was a resounding success with editorial coverage reaching an audience of 200,000, including air time on BBC Look East and ITV Anglia. Features included a front page mention on the East Anglian Daily Times and BBC News online.

As a result, 300 members of the public visited over the weekend with £2,750 donated to the charity and 15 young entrepreneurs applying for funding.

Kelly Hoppen MBE tweeted support to her 79,000 followers and the charity’s followers increased by 64%.

Reflection PR helped us achieve massive success at our Festival of Creativity. It's very hard to bring such a large number of people to such a remote location, but thanks to their help we managed to attract hundreds of guests. We were able to bring government ministers, celebrities and business moguls into the conversation about our work, giving us a much needed platform for promotion.

To inspire creative people aged 18 to 30 to set up in business in memory of aspiring fashion designer Mimi Watts, who tragically died in a snowboarding accident.

Bringing entrepreneurs stories to life, our team attracted national media and key influencers including Dragons Den’s Kelly Hoppen MBE to support the first event of its kind for the charity.

The event was a resounding success with £2,750 donated to the charity, 15 young entrepreneurs applying for funding and the charity’s followers increasing by 64%.